‘We contacted Will in a last ditch attempt to salvage something good out of a bad situation’ Pippa Stamp.

Does your horse challenge you either on the ground or whilst being ridden to a point where you have lost your confidence? Or when going to handle them feels like a struggle because you have to mentally prepare yourself way in advance? Don’t worry you’re not alone.

Horses come in all different shapes and sizes and this is the same with the potential behavioural issues they throw your way. Whether this is learned behaviour or something that has come about due to circumstances or a situation it’s best to nip it in the bud before the horse potentially hurts you, a member of your team or friend on the yard. 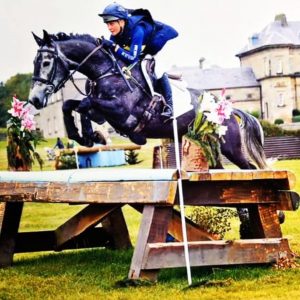 Wills philosophy. Whether you have an international dressage horse, a stallion at stud or a happy hacker they must have basic groundwork manners and respect. Why? Safety, the average horse between 14hh and 16hh can weigh anything between 380-500kgs, if we took the top weight, then a horse is roughly 430kgs heavier than the average UK female. As a responsible owner you need to make sure that theirs, and your safety is paramount in any situation. From an open showground to mixing within a yard situation Will campaigns for the avoidance of a ‘fight’, a chifney or several unnecessary handlers per horse. If your horse has the basics of good manners installed in them then they should be able to deal with multiple situations enabling you to relax and enjoy your horse at its full potential.
Ground Behavioural Training Issues Covered
Ridden Behavioural Training Issues Covered
Frequently Asked Questions

Why do I need to get my horse’s behavioural issues addressed by a professional?

If you have come to the conclusion your horse has behavioural issues you will have more than likely tried to fix that problem and been unsuccessful, from bucking, bronking, rearing & bolting, horses can present us with various unexplained behaviours that can knock our confidence or completely confuse us. If you’re there, and you’re reading this, you’re in need of some help. Drop us a message, see if Will can help, having experienced horses with multiple behavioural issues we’re confident he will find the solution.

If I'm scared of my horses behaviour, will I ever get my confidence back?

A question Will has been presented with on more than one occasion, and only you can answer that. Will can address the issues with your horse and correct bad habits & behaviour whilst giving you the foundations to continue their education but, it is up to YOU to decide if you are willing to put the effort in and keep working with your horse. In 9/10 partnerships we’ve seen, you’ve come to Will because you’re not prepared to give up & that ‘want’ to succeed grows your old confidence back.

I'm not sure you will have seen behaviour like this before?

After working with horses for numerous years both in the UK and Australia there’s not a lot of behaviours Will hasn’t seen or worked with, why not drop us a message, Will is here to help.

I’m 32 and I’ve been riding since I was 4. All my life I admired Friesian horses, and every time I saw one, I would always get so excited, even if I had my own horses in the past. In

In January 2019 I found Rio abandoned in a field with a herd of feral horses down the road from my livery yard. He was in a sorry state as you can see from his pictures, but I could see

We love hearing feedback from our customers, and we couldn't resist sharing Jacqui's story with you. 'I just want to thank WHBT for doing such a fabulous job with Gracie. I gave Will a highly strung Arab teenager with no

‘I contacted Will after several people told me how wonderful he was with any type of horse. My young stallion had some cheeky habits and liked to test the boundaries on the ground as well as being quite bitey and

Elinor Bathwaite “Will came out to me recently to help with loading issues and I cannot recommend him highly enough for anyone who’s struggling! My cob x gelding has been having massive tantrums about getting onto our 3.5t lately, getting

'Just wanted to say a huge thank u for helping me with both my horses, original time a few years ago with mounting issues on my sensitive flighty rescue boy, Will took his time and slowly got his confidence back

'Well what can I say apart from God bless Will Hunt. Raf came back yesterday from 4 weeks with him. The day before he went I had a lesson and was terrified. When I picked him up yesterday I walked

'I've used Will Hunt now on several occasions. He has done an outstanding job with all ponies we have asked him to break One of the ponies I sent to Will had experienced no handling whatsoever after being purchased feral

'Will has demonstrated his immense skill and patience when breaking in our feral, sharp horses, he has had all of our unhandled colts including Renkum Overdrive who won the 4 year old show jumping championship at Hartpury 3 months later.

‘I brought Beau a few months ago unseen from a dealer. It very quickly became clear that she wasn’t the “genuine green” horse I brought. She would bronc the second you put your foot in the stirrup and have you

My 15.3hh, 10 year old Irish Sports Horse mare, was very dangerous in traffic. She would rear up, spin around and bolt in the opposite direction when a tractor, motorbike, Lorry or bus came toward us on the roads. If

‘I cannot describe how unbelievably happy I am with my mare! I have had her back for around 3 weeks now and I can’t believe the huge improvement that I have seen in her! Ellie was a highly strung 4

Emily Chapman – 15.2 Ex Race Horse Hi Will, I would just like to say what an amazing job you have done with Max. Before he came to you he was a anxious, very highly strung sort (typical racehorse), to

‘Hi Will I was anxious dropping my young horse off at Will’s yard as I only found him through an ad on FB, I had read testimonials on his website but knew nobody that had taken their horse to him.

Owners: Evie & Pippa Stamp, Guildford Horse: Pete, 14.2 Connemara ‘We sent our horse, Pete, to Will after his behaviour became increasingly problematic following undiagnosed back pain.  He became difficult to handle, planting, threatening to rear whenever we tried to

Maria Thomas – 15.2hh Cob After many years of being around friend’s horses I decided to buy one of my own. I went to see this 5 year old blue eyed cob who I wished to be my forever horse.